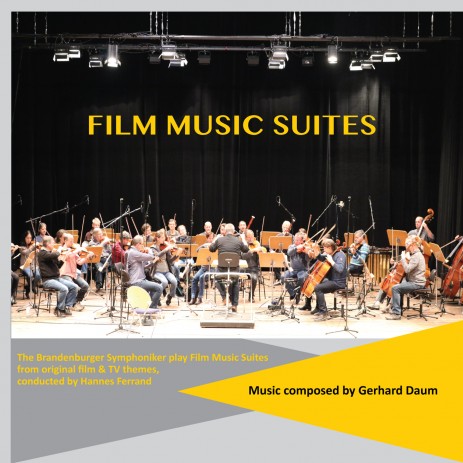 Selected original film music themes from European and American movies and TV films, are arranged and orchestrated in the style of symphonic suites.

The Brandenburger Symphoniker are conducted by Hannes Ferrand; music composed by Gerhard Daum

“The composer’s work is extremely varied, not only in film music, but also in advertising music …” “The eleven suites in total, including romances, psycho-thrillers and thrillers, including American, English and German productions, reflect the composer’s spectrum. “

“In the best orchestral quality with a large cast, the” Film Music Suites “emphasize Daum’s compositional rank on the one hand, but also the importance of music for the images, which we can´t see here while listening, but can impressively imagine.”

Listen to the composition Curious About Life from Film Music Suites on YouTube: